Kindness, Jazz and a Bit of Tidying Up 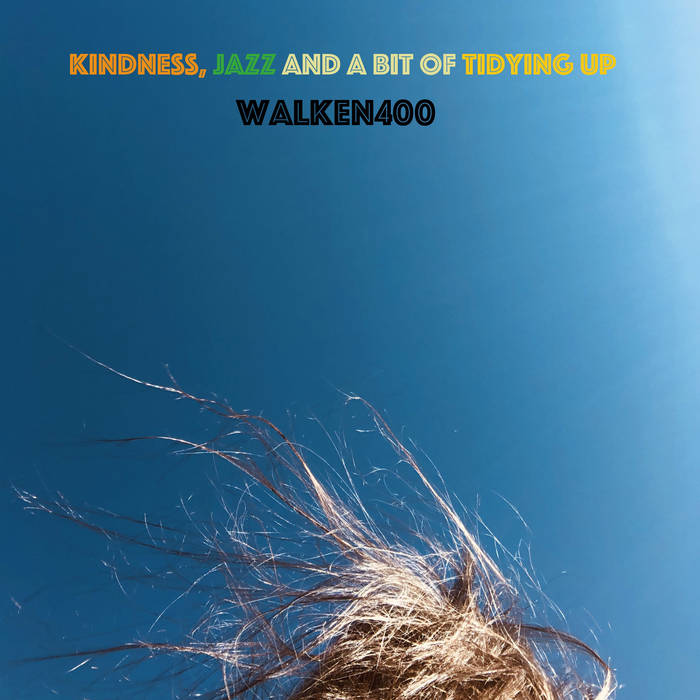 Walken400 is a side project of the independent British DIY recording artist Johnno Casson (aka Snippet).

Kindness, Jazz and a bit of Tidying Up is an album of tall tales and itchy beats, all wrapped in a cheeky, freaky & quite unique-y ball of love and is out on Quirky Sounds on 21.8.20.

Johnno was recently described by the wonderfully supportive Tom Robinson as a pioneer of Wonky Pop and was an interview guest on Tom's show on BBC 6 Music back in the heady days of March 2020 (BC).

Johnno has also been described as a pioneer of the Trip-Hop scene of the early 1990's with his band Deep Joy and their association with labels like Mo' Wax and in working with James Lavelle, and legends of their own scenes - (the late great) Andrew Weatherall and Adrian Sherwood.

More recently Johnno has been working with Luke Barwell aka Bitmap and Tim Jones from Brynovsky, whilst running a special social club called The Warm and Toasty Club. This is Johnno's 10th album.

Walken400 sprung from an active imagination, from listening to tons of glorious jazz, early Bow Wow Wow, Talking Heads, French Pop Music and awkward synthy sounds from around the world, from too much cheap red wine, from taking a vow to always choose kindness wherever possible and from watching Christopher Walken do his wonderfully unique thing in film.

"Love this. It's like Richard Hawley has discovered synths" Alba
"This is something special, something gorgeous" Ophélie

Here's some more back story flavour from Johnno if you want to know more.

I think you are probably going to hear this loads from recording artists - this is my lockdown album, written, recorded and produced at home over the last 4-5 months.

It started with being stuck indoors for the best part of 5 months like everyone else because, you know - this thing out there.
Just being with my lovely wife, making this album and running The Warm and Toasty Club have kept me sane and happy (ok, plus growing salad stuff in pots and discovering the inner joy to be found working with hand clay to make wonky little figures).

The idea of trying to write new songs whilst the world was gripped by Covid-19 was initially very far from my mind and for a good chunk of lockdown it stayed that way.
But music has always been there for me during times of good or bad in my life and it was inevitable that I would turn to making music music and writing songs as a way of making sense of things or just to escape the noise of the day coming relentlessly through our TV's and internet.

So I sparked up the synth and tbh nothing happend at all! I
It was initially a barren time for me creatively, nothing was happening songwriting wise for weeks and weeks and that's rare for me.

The blight of depression and mental health issues had kicked in and were gripping me strong and shooting holes in my confidence and telling me that maybe I couldn't do it anymore, that I was washed up as a person and as a recording artist and that I wouldn't be able to produce anything of any worth anymore - I find The arrival of depression is usually closely followed by the departure of self belief
(funny how it reaches in so deep isn't it, well no, it's not funny is it?).

So I just wanted to see if anything happened when I got on the computer each day, could I still write and create songs during these crazy times?
Would it still be a relaxing and joyous thing to do amidst all the worry and concern about just getting through this pandemic and the awful ongoing fight for social justice across the world?

It seemed to take an age but slowly the new songs starting to bubble to the surface and what you hear on this page are the eventual results of my endeavours. I love making music and it's really enriching to share and engage.

I've been team member/moderator for Fresh On The Music music blog for about 8 or 9 years and every week the team listen to 200 songs nowadays that are submitted to our dropbox and the team moderate on them.

There are a number of musicians/artists on the team and to ensure we are being impartial and not doing mates favours, the rule is that if anyone wants to submit a song to be moderated down to 25 tracks each week for the Listening Post - you have to do it in total secret, via a new unknown Soundcloud artist profile and tell no one.

I love Fresh On The Net and the very unique way you can submit a song to then be judged by total strangers and not be judged on the size of your likes, followers etc - if you make it to the final 25 you get judged by the public with no safety net, you can't tell your fans to vote for you - you rely on the judgement of the public, it can be very scary and also very exhilarating.

Once I had the first song written and recorded I created a profile for Walken400, I submitted to Fresh On The Net, but it didn't make the cut, ok I thought, rather than be disappointed I used it to inspire me to do better, thinking I'll write and record another song and make it better.

So I did - Song 2 didn't make the cut either, ok I thought, I can do even better and i'll create another song.

So I did - Song 3 is submitted but didn't make the cut, but got some encouraging comments.

So I endeavour to do even better and as my lovely wife will tell you - I never ever give up on something so I set about writing and recording another song.

So I did and what do you know - Song 4 gets picked, makes the Listening Post and is voted by the public into the Fresh Faves and earns a lovely on point review from Bobby Colcombe.
freshonthenet.co.uk/2020/07/faves374/

By this time, I've got quite a few songs and with lockdown continuing in one form or another I thought that I might as well just keep going and make an album's worth, stick the songs on the still secret Soundcloud page, well I should say - mostly secret - as a few people had sussed it out that it was me by the latter stages.

Over the recent months I have had an amazing response on Soundcloud from new total strangers, which fuelled me on to completing the album.
Hey, I'm not looking to change the world, just make it a little better person by person or to steal a line off my brother - to make progressive working class entertainment.
Plus I has started working with Tim Jones of Brynovsky and he added some parts to a song I had sent him and he went on to produce track 4 Live It Up.

Out of lockdown came something that saved my mental health, my never ending urge and need to create and also, my sanity.

Of course it's still wonky, still DIY, still very British/English, still infused with that English pop sensibility, - hey, it's what I do.

Download it, share it, pay what you want or just download it for free if you need some music in your life, it is a gift.

And in getting it done I must give thanks to my wife, Bobby Colcombe, and Tom Robinson and the Fresh On the Net mods for the unknown motivation they gave me to do better, plus the excellent sounding board of Tim Jones and all the people online who gave me feedback and support when I asked for it x

All tracks written by Johnno Casson aka Snippet.

All tracks played and produced by Johnno Casson aka Snippet

*Except Live It Up, which features and was produced by Tim Jones of Brynovsky.