by Snippet aka Johnno Casson 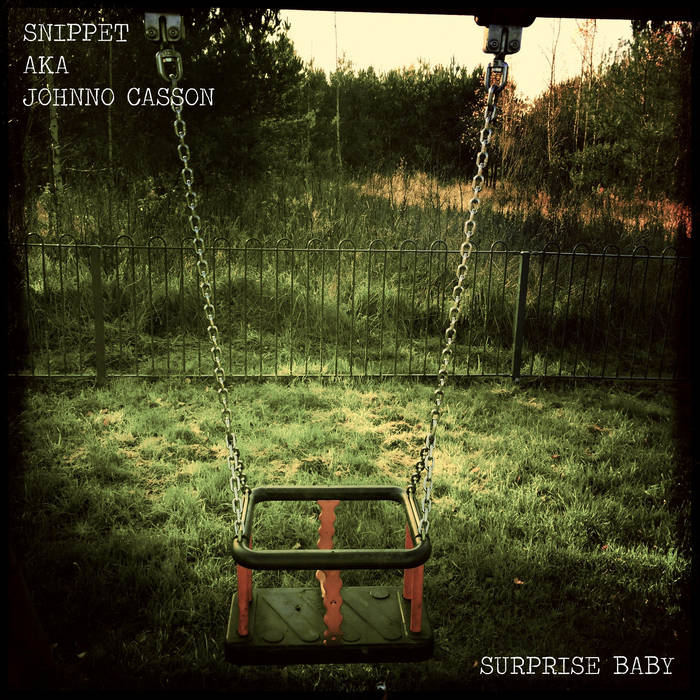 PAY WHAT YOU CAN AFFORD
We want everyone to have the chance to listen to these songs, poor or rich or inbetweenies-we invite you to bring a little Snippet into your life.

So I had been busy recording the 5th Snippet album (working title ‘Future Melancholy Pop Music’ and due later in 2016) and I had a truckload of songs vying for a place on the album (either being a prolific writer of songs or a weird long haired eccentric who never leaves the house-you choose).

Any road up, I went and picked my choices for #FutureMelancholyPopMusic and thought to myself-that’s it, well done lad, songs are in the bag-now lets get to finishing the recordings of these indie pop nuggets.

BUT I hadn’t accounted for the lovely Mrs Snippet!

Having heard me finish writing what was to be my one album of 2016 she said to me "Why don't you put all these unused songs together as a separate album because they are far too good to be gathering dust Johnno lad"(ok, she didn’t say Johnno lad, she just said Oi you!)...So I listened to her pearl of wisdom and guess what? The #SurpriseBaby album was conceived and joy of joys we think these songs sound really nifty together & not at all like some lightweight ‘B side’ collection but as a fine collection of songs in their own right, we think you will be very pleasantly surprised (although you will be the judge of that, aye-I know my place).

So purely by chance a new addition is being welcomed into the Snippet household and we are delighted to share news of our forthcoming bonny bouncing arrival-14 tracks to wet your whistle and put a spring up your boulevard.
We hope you will welcome our #SurpriseBaby into your lives and kiss ‘it’ on the head.

"As good as anything the man has ever released,a man at the top of his game"
Louder Than War

"A beautiful pop gem" The Garden of Earthly Delights

"His sharp, incisive observations of everyday life make his music all the more endearing" Hiapop Blog

"I first listened to the album on a cold Saturday morning when I was feeling distinctly blue, and it was exactly the remedy I needed to inject some get up and go" Music Vs the World

“Dry of humour and lo-fi of sound, the skewed pop of Colchester’s Snippet is reminiscent of early Beck.”
Q Magazine

“In plain speak, he bottled happiness, and let it loose in song” DervSwerve

“Forgot the ‘happy’ pills, a single play a day of this will have you dancing round with not a care in the world” Alternative Tracks

“Captures the spirit of summer, reminded me of early Squeeze” Fatea

All tracks written,played by & produced by Snippet aka Johnno Casson other than
My Brother-Produced by Wim Oudijk
Best Thing Since Sliced Bread -Additional vocals by Trouble
Sunny Side Up-Brass by Ocean of Tunes Horns