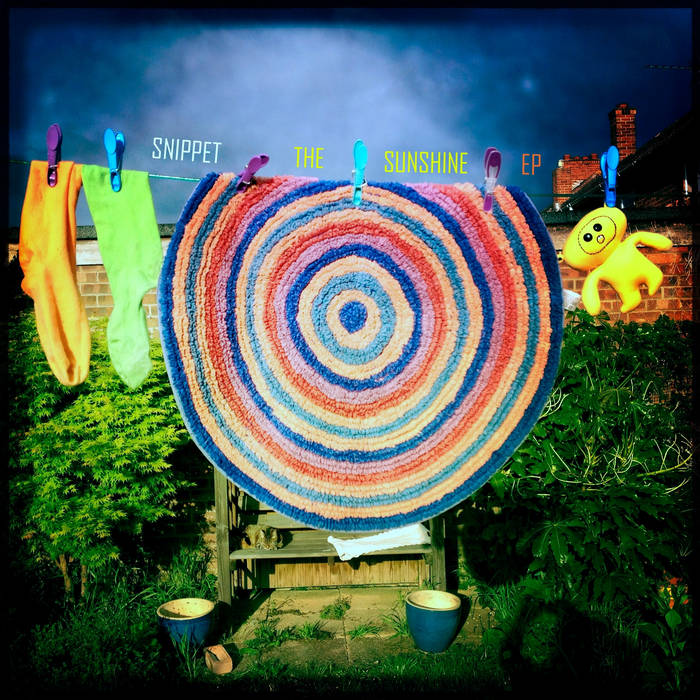 Snippet returns with a gloriously infectious EP.
6 unique nuggets of sunshine SnipHop that are
big on bounce, low on fat & full of technicolor loveliness.

Following on from 2013’s critically acclaimed D.I.Y Album,
Snippet takes it up a notch with a batch of killer songs cloaked
in sweet layers of retro synths & hand crafted loops, topped off
with vocal hooks to die for - though death is not required for
entry ;).

This is music to lift your spirits & put a spring in your step.

Johnno cut his musical teeth as lead singer of trip hop pioneers Deep Joy,working with the likes of Andrew Weatherall (Primal Scream),
James Lavelle (Mo’ Wax/UNKLE) and Adrian Sherwood (On-
U-Sound) and touring extensively – including dates with The
Farm. Staggeringly prolific, Johnno releases music under a
variety of different names, including his own & Old Tramp in
addition to Snippet.

London reared & Colchester based Snippet has been forging a
wonderfully vibrant path for the past Six years & has released
Two Albums & Four EP’s between 2008-2013 which have
attracted a world wide following to this very unique brand of
wonky pop music from the leftfield; Bouncy with a dash of folk &
a splash of funk.

Written,recorded and produced by Johnno Casson
Mastered by Wim Oudijk