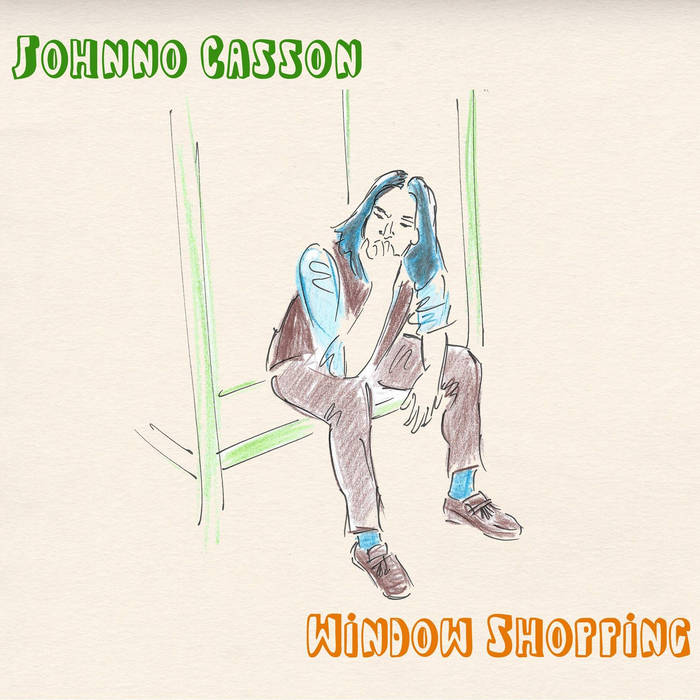 Warm,personal & poignant songs that beautifully capture the growing pains of life & love.
With songs taken from a life of experience & sounds from an acoustic heart with a restless other worldly spirit.

“Whilst he’s probably still better known for his Snippet persona, that could all be about to change for Colchester based singer-songwriter, Johnno Casson on the back of his debut album, “Window Shopping”…life is like this and there’s real poetry on those journeys”
- FATEA

“Stand by: the improbable satisfaction that comes from little victories fills Johnno Casson’s delicate, quirky album, Window Shopping.As honest a collection of songs as you’ll ever find, and forged with a lot of love, Window Shopping represents another decent effort from a genuinely entertaining artist”
- Silent Radio

“A rich tapestry, an East End Brian Wilson on a budget, full of orchestral touches and multiple melodies and harmonies”
- Americana UK

“Like a grown up, mature, new narrative of Squeeze’s ‘Up the Junction’ set in East London and Colchester”
- Duckie

“Window Shopping is a warm, friendly LP, that will almost certainly provoke a smile at some point”
- For Folks Sake

“Window Shopping is an album of entertaining, forthright observations. It is a worthwhile indulgence that lets the listener explore all the dirty corners without becoming mired in existential crisis.”
- The Dadada

“Over the years, we’ve been deeply suspicious of people called Johnno, or Robbo or Smitho, or indeed anybody who appends an “o” to the end of their name. However, Colchester artist Johnno Casson has helped cure this phobia and he seems a distinctly decent chap with a world-view we can relate to. He’s probably better known as Snippet but his latest offering is a more stripped back affair in which he wears his musical heart on his impeccably tailored sleeve.”
- Von Pip Musical Express

“Folk-pop is a genre that seems to have at once come from nowhere and be spreading like wildfire, and Johnno Casson is a great example and result of this. In his songwriting he seems to effortlessly take personal and often melancholic subject matter and turn it into honest, emotional and at times epic music. He is sure to catch people’s attention whatever genre they favour.”
- Thank Folk For That

All songs written by Johnno Casson