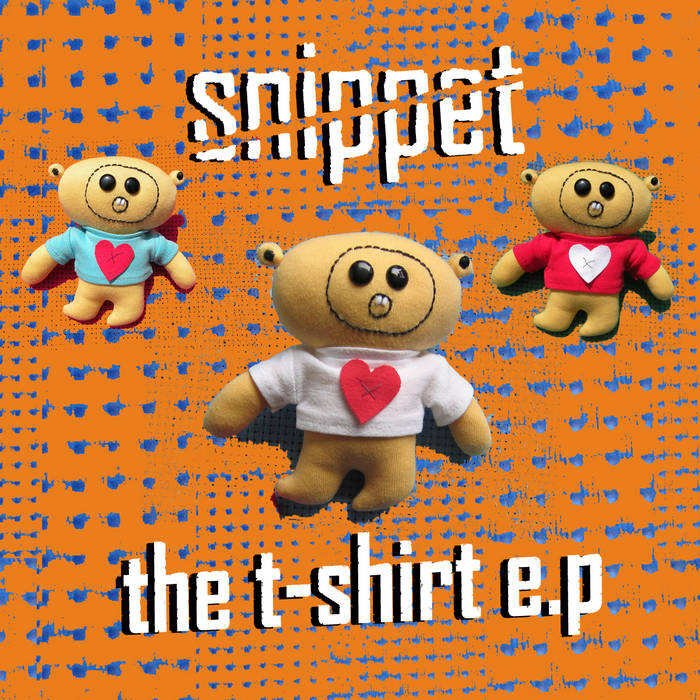 For the very first time Snippet's 2nd e.p is being made available online as a download through Quirky Sounds.

This is Snippet at his Technicolored best,a vibrant and warm slice of left-field British Pop Music.

Originally this e.p was released as a hand crafted limited edition CD in 2009 but due to it being sold out within weeks of release and ongoing requests for its re-release ever since,it is now being made available as a download for the first time.

If you like this e.p you can find much more besides here www.snippetcuts.co.uk/music.html

BBC 6 Music favourite Snippet has released 4 EPs and a debut album between 2008-2011 that have garnered a great deal of critical acclaim and airplay.

Snippet was recently named the most played artist on BBC 6 Music's Introducing show & been attracting a great deal of attention with his crazy & unique musical diary video’s filmed in his garden shed www.youtube.com/snippetcuts

Snippet make mood changing electronica fuelled pop music with splashes of folk & funk.Snippet's song are observational & biographical with hooks to die for; yet scratch their surface and you’ll find these are songs chock full of character and substance.
In a live setting Snippet has lit up the music scene in the last 6 months with his confident stage presence & his rare ability of being able to play shows with just an acoustic guitar as accompaniment or backed by musicians/technology for a delightful fuller sound.


Snippet's music is 100% original and revels in sounding deliciously different and fresh as a daisy.

If you fancy something a little cheeky, squeaky and quite uniquey then throw on your shades, pull up a deckchair and dip your toe in!

Produced and Mastered by Wim Oudijk